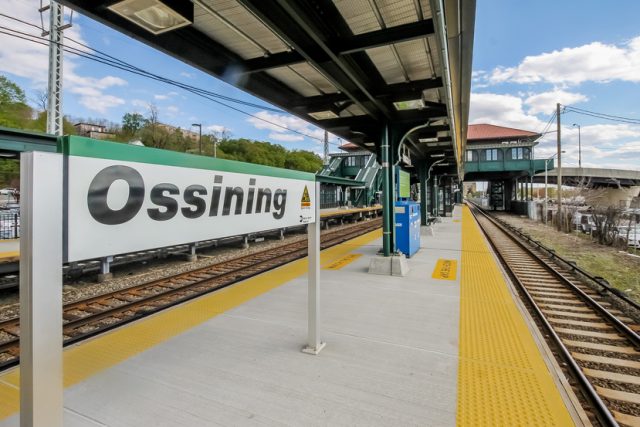 Rail
Metro-North railroad runs along the Hudson River and makes two stops servicing Villagers: one at Ossining Station in the center of the Village from north to south; and the other at Scarborough Station, 1.5 miles to the south at the border of Briarcliff Manor.

Train service to and from Ossining station is available on both express and local train routes. The commuter rail provides direct train service between Ossining and other Hudson River towns, as well as New York City (42 minutes away via express train). Trains to and from Grand Central Station stop at Ossining Train Station approximately every half-hour.

Additionally, there is a connection to Amtrak at Metro-North’s Croton-Harmon Station just one stop to the north.

Fares vary depending upon time and length of trip. Click here for more details.

Ferry
The Village of Ossining also has a ferry service run by the MTA that delivers people to and from Haverstraw that operates from a dock located adjacent to the Ossining station. There are several weekday connections timed to meet the peak direction express trains to and from New York City. Click here for more details.

Bus
The Bee-Line Bus Service is operated by the Westchester County Department of Transportation, which operates through Ossining. Click here for more details.