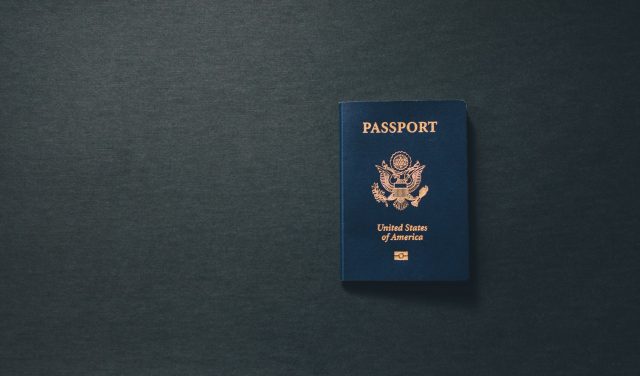 Standing with New Yorkers who are at their wit’s end amid continued passport processing delays, U.S. Senator Charles Schumer demanded the State Department immediately ramp up staff and a enact a plan to fix the backlog mess and update the public about it ASAP. Schumer said countless travelers are stuck in limbo with booked flights but getting radio silence on the status of their passport applications, even renewals.

Schumer said months long wait times will not stand and he will pledge to help the State Department with any needs where he is able. Schumer stood with a Brooklyn couple about to miss their honeymoon, a Staten Island nurse who worked the entire pandemic and could miss her first vacation in a year, a Queens school teacher who is about to turn 50 and a Long Island mom whose daughters booked her a trip she could miss. Schumer highlighted these handful of cases in hopes of spurring additional federal action for ALL who are stuck in passport processing purgatory.

“People from across New York and the nation are at their wit’s end with continued passport processing delays and the national backlog that has plagued travelers for far too long,” said U.S. Senator Charles Schumer. “New Yorkers are missing weddings, business trips, vacations, honeymoons and more. I am here today to say that the feds have got to work day and night to remedy the delays, end the backlog and get people moving again. Months-long wait times will not stand. I am calling on the State Department to ramp up staff quickly and enact a plan to end the delays and update the public ASAP.”

Schumer said the combination of an extremely large travel increase and the fact that thousands of Americans have had their passports expire has led to extremely long wait times for passport processing and renewals. Before the pandemic, non-expedited mail in passport renewals would take between 6-8 weeks, now it can take up to 18 weeks to receive a passport. According to the WSJ, there is a backlog of between 1.5 million and 2 million unfilled passport applications. Part of the process requires applications to be adjudicated by a passport specialist at a passport center, which are only now at phase three of CoViD re-openings.

“Each of the New Yorkers here with us today have had no updates on their cases from the State Department, but their paperwork has long been in hand, and their travel is now in mere days or weeks,” Schumer added.

As noted by the New York Times, until the State Department can meet demand, Americans in need of a passport in less than four weeks have limited options, and can also expect to pay extra. A same-day expedited passport costs $170, with an additional $35 for first-time applicants. The Times pointed out, that is not taking into account any airfare, car rentals or hotel reservations required for those who travel for their appointments. Schumer, today, said this has to end and he urged the State Department to communicate with Congress on any needs if they will help end the delays.