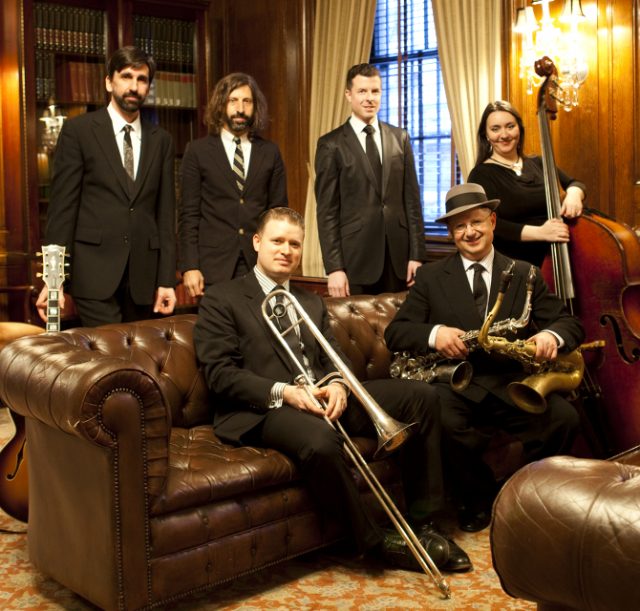 On Saturday, March 2, at 07:30 p.m., the Jazz Masters Series of Westchester Collaborative Theater (WCT) will feature vocalist/trombonist Todd Londagin and his TL5. New Orleans native Londagin, who tours with TL5 and others keeping alive the spirit of The American Songbook, has been playing the world since he was seven, originally performing with the Flying Neutrinos Family Jazz Band. Featured musicians in the TL5 are Matt Ray on piano, Jennifer Vincent on bass and David Berger on drums.

Broadway World wrote of Londagin’s 2013 album Look Out for Love, “Not enough can be said about the tremendous musicianship that went into this album. The empathy and commitment of everyone to the overall vision is extraordinary and has truly produced a labor of love that not only has resulted in a very special album, but portends great things to come.”

Catch this hot band as they raise the roof on the black box. To purchase tickets online, $20, please visit here.

For anyone who loves joyful, unpretentious, but highly creative and spontaneous jazz, Todd Londagin’s TL 5 will be a delightful discovery. The vocalist/trombonist’s music is a vivid reflection of his personal roots. Growing up playing music and street busking in an itinerant, alternative-lifestyle family, he lived in buses, cars, homemade boats or tents, traveling throughout the U.S., Mexico, Canada and Europe. Home-schooled and with no formal musical training, Londagin honed his skills the old-style way through such influences as Nat King Cole, Billie Holiday, Ella Fitzgerald, early Sinatra and New Orleans traditional jazz, especially Jack Teagarden (one of the few other trombonist/vocalists in jazz) and later, J. J. Johnson.   All of these diverse elements of musical experience have been brought together in a most refreshing, unfettered manner, and are fully evident in the group’s performances.  In the company of four longstanding musical cohorts, Todd assembles a repertoire of songs, culled from the Great American Songbook and popular songs, each developed in a most organic fashion by the musicians involved. In testimony to the great jazz tradition of spontaneous creativity, each song sounds as if it was deftly arranged to deliver its story in a planned fashion. In truth, the songs were developed by the musiciansin the best home-cooking style.

Westchester Collaborative Theater is a multicultural, cooperative theater company located in Ossining, NY, dedicated to developing new work for the stage and bringing live theater to the community. It is comprised of local playwrights, actors, and directors who employ a Lab approach in which new stage works are nurtured through an iterative process of readings, critiques, and rewrites. When work is ready for production, it is presented to the public at its new theater space.

WCT is committed to furthering theater arts in our community. It is a 501(c)(3) non-profit corporation and a recipient of production grants from ArtsWestchester and New York State Council on the Arts.