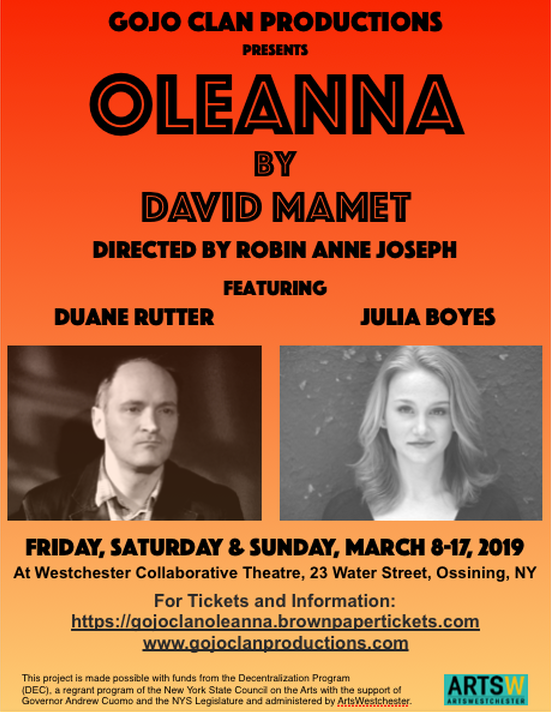 In “Oleanna”, a seemingly innocent exchange between a college professor and student turns into a fiendishly accurate X-ray of the mechanisms of power, censorship, and abuse.

The professor’s chances at tenure suddenly are jeopardized by the female student’s allegations against him of sexual exploitation. Mamet’s bare-knuckles exploration of the “he said, she said” ambiguity – who should the audience believe? – was inspired by the historic Congressional hearings in the 1990s involving Supreme Court nominee Clarence Thomas and his accuser and employee Anita Hill.

Sizzling with suspense, the play famously keeps audiences on the edge of their seats – and puts couples at odds – as they struggle to decide who to side with.

Writing about the original off-Broadway production of the play, legendary critic Roger Ebert called “Oleanna” “one of the most stimulating experiences I’ve had in a theater.”