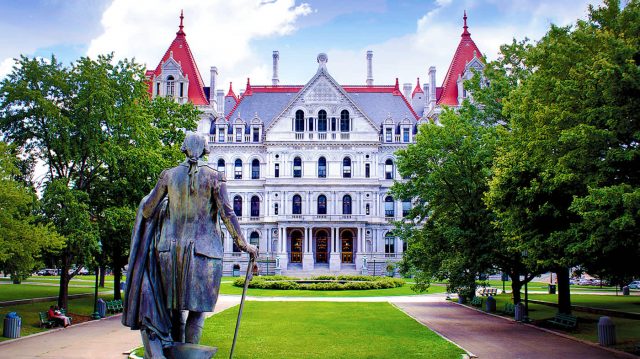 Mayor Victoria Gearity is in Albany today to join The New York Conference of Mayors (NYCOM) for its annual Winter Legislative Meeting. Mayor Gearity, along with 175 other Mayors and municipal officials from across the State, will be working to advocate for their state budget priorities, including urging the Legislature to reject the Governor’s proposed elimination of $59 million in Aid and Incentives to Municipalities (AIM funding) for 1,300 municipalities, and instead provide the first increase in municipal aid in a decade.

Additionally, Mayor Gearity and other members of NYCOM will be advocating for increased state funding for municipal infrastructure, particularly highway funding, as well as an equitable share of the increased revenues resulting from the collection of Internet sales tax.

Mayor Gearity and other members of NYCOM will hold a press conference at 10:30 a.m. today at the Hilton Albany, the meeting location.

“The governor is threatening to take away over $200,000 in funding from the Village of Ossining. If we lose this funding it will mean increasing taxes or cutting services to our residents. Holding the line on taxes is one way that we work to keep our community affordable. Standing with mayors from across New York sends a strong message that local governments need more, not less, support from Albany,” said Mayor Gearity.

“Our Winter Legislative Meeting is an important opportunity for local leaders across the state to make their voices heard in Albany and advocate for the issues that matter to millions of New Yorkers day-in and day-out. That includes fighting for long overdue increases in state funding like AIM, which helps local governments provide vital services while managing property taxes. The coalition of mayors here in Albany today demonstrates the commitment that these public servants have to making their communities, and the State of New York, a better place to live and work,” said Peter Baynes, Executive Director of NYCOM.

The New York State Conference of Mayors and Municipal Officials (NYCOM) is an association of, and for, cities and villages in New York. Since 1910, NYCOM has united local government officials in an active statewide network focused on the singular purpose of finding the most effective means of providing essential municipal services. Representing more than 12 million New Yorkers, NYCOM is a strong advocate for city and village interests at all levels of state government, and a leader in the training and education of local officials. 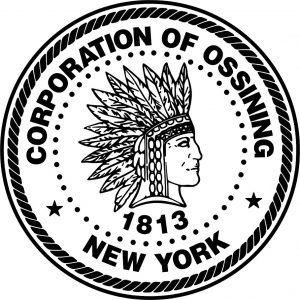 About the Village of Ossining

On April 2, 1813, the Village of Ossining became the first incorporated village in Westchester County to be state-chartered. Today, Ossining is a culturally diverse, affordable place to live, rich in both history and natural beauty. Approximately 25,000 people reside in the three and one half square miles of this historic Village on the Hudson River, which boasts extensive shopping, recreational programs, educational enrichment opportunities, and excellent municipal services. Ossining’s role in New York’s heritage has been recognized by its inclusion, as one of only 14 areas, in an Urban Cultural Park System designed to attract visitors to the State.