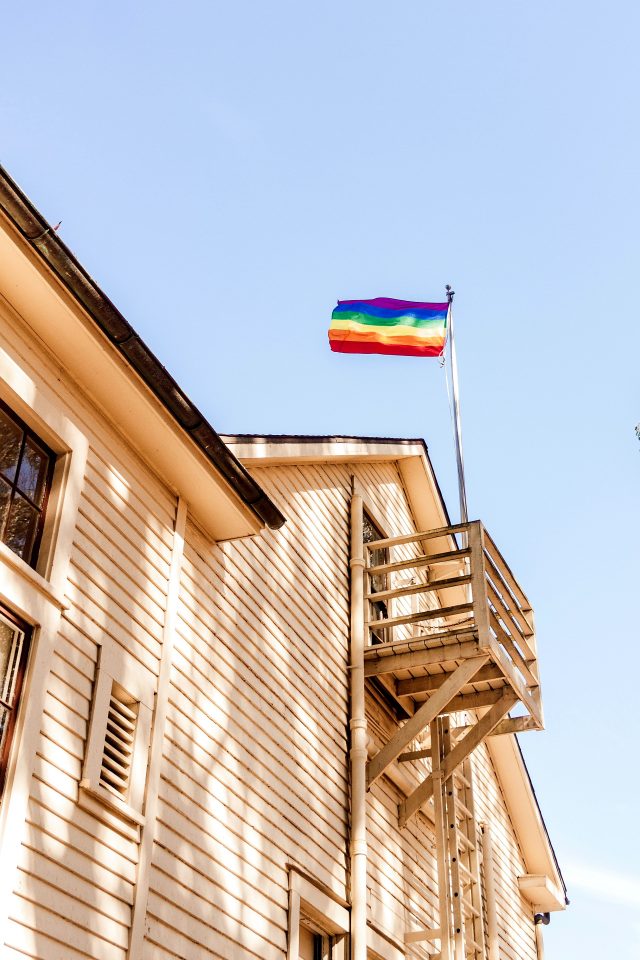 New York Attorney General Letitia James scored a statewide victory supporting the LGBTQ+ community after a federal court dismissed a case brought by an Elmira wedding photographer, who sought to discriminate against LGBTQ+ couples. The wedding photographer, Emilee Carpenter, filed a lawsuit against the Office of the Attorney General (OAG), the state Division of Human Rights, and the Chemung County District Attorney’s Office in October, claiming that New York’s anti-discrimination laws violated her right to refuse photographing same-sex marriages. This week, the U.S. District Court for the Western District of New York agreed with Attorney General James and ruled that all New Yorkers are entitled to equal access to the public marketplace under the law.

“This court decision is a huge victory in our pursuit to ensure that every New Yorker has equal access and equal protections under the law,” said Attorney General James. “The LGBTQ+ community is an integral part of New York, and no New Yorker should be excluded or turned away from a business or denied a service because of their sexual orientation or gender identity. Love is love, which is why my office will always fight to ensure that all New Yorkers are treated equally under the law.”

This week, U.S. District Court Judge Frank P. Geraci Jr. dismissed Carpenter’s claims, noting that historically underserved, disfavored, or disadvantaged individuals are entitled to the same access to the public marketplace as afforded to everyone else. Additionally, Judge Geraci made clear in his decision that all businesses claiming to serve the public must serve all of the public, including members of the LGBTQ+ community.

“We applaud Attorney General James for ensuring that all New Yorkers receive fair treatment when looking to secure goods and services,” said Sean Ebony Coleman, founder and executive director, Destination Tomorrow. “The LGBTQ+ community are consistent consumers and our dollars should be valued the same as everyone else’s money. This decision shows businesses that discrimination of any kind is unacceptable and will have consequences.”

“The Door stands with Attorney General Letitia James as she sends a clear message that discrimination of the LGBTQ+ community will not be tolerated,” said Kelsey Louie, CEO, The Door. “We applaud her steadfast determination to make New York a safer and fairer place for all, especially for LGBTQ+ people, and we are immensely grateful for the message this court ruling sends to the young LGBTQ+ New Yorkers we serve.”

“An overwhelming majority of Americans of every race, faith, and political party support laws that protect LGBTQ+ people from discrimination, and support for marriage equality has never been higher. Non-discrimination laws protect every citizen and send a signal that all are welcome, and that’s good for business,” said Sarah Kate Ellis, president and CEO, GLAAD. “LGBTQ+ acceptance is growing thanks to leaders in New York, like Attorney General James, who fight for equal treatment in every area of society and defend laws that secure it.”

“The staff and youth of the Hetrick-Martin Institute applaud Attorney General James for once again being a strong defender of LGBTQIA+ people and their right to equal treatment under the law,” said Joey Pressley, CEO, Hetrick-Martin Institute. “Her continuing vigilance with regard to possible infringement of this right allows LGBTQIA+ New Yorkers to enjoy the freedoms to which they are entitled.”

“This is a huge victory for the LGBTGNC community and sends a message to businesses that discrimination in any form will not be tolerated,” said Tandra R. LaGrone, CEO, In Our Own Voices, Inc.

“In rejecting an attempt to undermine New York State’s Human Rights Law, the federal court recognized New York’s compelling interest in protecting LGBTQ+ people from discrimination in public accommodations and held that businesses opening themselves to the public must abide by the law,” said Omar Gonzalez-Pagan, senior attorney, Lambda Legal. “We are gratified by the court’s ruling and grateful for Attorney General James’ vigorous defense of New York’s civil rights laws and the right of LGBTQ+ people to be treated with equality and respect.”

“New York state’s human rights laws are intended to ensure that marginalized people — to include LGBTQ+ New Yorkers — are protected in all places of public accommodation,” said Jared Arader, president, Lambda Independent Democrats of Brooklyn (LID). “It is appalling that, this close to 2022, someone doing business in New York state cannot accept this. We applaud Attorney General Letitia James and her team for upholding and defending these laws for all New Yorkers.”

“New York state’s laws clearly protect the rights of LGBTQ+ people against discrimination,” said Glennda Testone, executive director, The Lesbian, Gay, Bisexual & Transgender Community Center. “The Center has and continues to advocate for those rights, aided by leaders like Attorney General James, our fellow community members, and thousands of supporters across the state. Decisions like these are an encouraging reminder of the power of affirming legislation in making New York a more welcoming home for LGBTQ+ people.”

“This is a powerful victory for all LGBTQ+ New Yorkers,” said Judy Troilo, executive director, The LOFT LGBTQ+ Community Center. “Discrimination has no place in New York, and we are grateful to both the Office of the Attorney General and the U.S. District Court for protecting our LGBTQ+ community.”

“There is no room for identity-based discrimination in this country,” said Elisa Crespo, executive director, New Pride Agenda. “Any business providing services to the general public should treat every potential customer with the same level of dignity and respect, regardless of how they identify or who they choose to love. We applaud Attorney General James for being a stalwart defender of the rights of LGBTQ+ people.”

“After facing a lifetime of discrimination, LGBTQ+ older people should not have to worry whether they will be mistreated when seeking access to public accommodations,” said Michael Adams, CEO, SAGE. “We are deeply gratified to see that the court has agreed with Attorney General Letitia James and ruled that all New Yorkers must have equal access under the law. This ruling is essential as public accommodations can include places where LGBTQ+ elders need the most help, like elder care facilities and community centers for services. We thank the attorney general for her steadfast leadership and support.”

“Attorney General Letitia James is a steadfast advocate for the LGBTQ+ community and we applaud her for pursuing this case,” said Rose Christ, president, Stonewall Democratic Club of New York City. “Discrimination has no place in New York and the Stonewall Democratic Club of New York City is grateful to the attorney general for fighting to ensure all New Yorkers are entitled to equal access to businesses and services throughout the state.”